Articles on industry specific news, company news and updates about what’s going on at ACS UK.

What is HVAC and How is It Different From Air Conditioning?

There was a time when “HVAC” really was a term thrown about only by industry professionals and those wealthy enough to pay for it. Now, however, the entire industry has opened up. Google is littered with “what is HVAC” searches.

It’s become an almost generic term for air conditioning, used synonymously by people in all environments. But what does HVAC mean, exactly? How does it factor into your home or business, will it be heating or cooling? And what, if anything, is the difference between it and air conditioning?

These are the important questions, as we move into a world of better and better air control systems for spaces of all shapes and sizes. Because, ultimately, even with dozens of options to choose from, the only way to make a truly informed decision is to be, well, truly informed.

So join us, as we define HVAC, define air conditioning, and break down the differences between these two concepts.

Let’s start right off with an important question: “What does HVAC stand for?”. Short for heating, ventilation, and air conditioning, HVAC is responsible for heating and cooling a building. It’s also a source of proper ventilation, allowing for moisture to escape.

HVAC units can take on many shapes and sizes, all offering different benefits depending on their design and the spaces they’re being used in. Units may include any combination of the following:

Not all HVAC units are air conditioning units, even though AC units are included under the HVAC umbrella. As outlined above, what’s important to understand is that it’s actually a larger term. Think of it as an umbrella term that applies to all sorts of interrelated air control systems.

A Closer Look: How Does Your HVAC Work?

There are instances where the HVAC components may operate independently of each other. What’s more common, however, is for each component to work alongside the others. These so-called “combined systems” include both central heating and AC systems.

But make no mistake: your HVAC system is more than just a convenient way to warm up or cooling the space you live or work in. It’s a way to fully transform your indoor air quality and create a comfortable environment for everyone inside.

HVAC systems are available in several different variations. However, even with that said, at their core, they’re all based on the same essential build concepts. And it starts outside, not inside.

Fresh air is sourced and brought in from the outside environment by way of a process called “ventilation”. This can be carried out in one of two ways.

Ventilating your space naturally is done without specialized equipment, construction, or add-ons. We see this present in most homes, actually, in the form of any entry and exit points into the building. When the natural air outside moves through your windows, doors, and vents of its own accord, that’s natural ventilation.

Where is this most useful? Natural air exchanges like this are important in replenishing your oxygen levels, for starters. It’s also useful in removing odours and excess moisture from your home, as well as filtering out carbon dioxide.

Next, we have mechanical ventilation. This is a system that uses mechanical systems to transport air both into and out of the building. Old-fashioned architecture made it so most buildings had ready access to natural ventilation. Most homes, businesses, and official buildings made use of doors and windows to bring natural air from the outdoors, indoors.

Modern architecture is different, however. Contemporary builders opt for creating much more tightly-sealed homes, in general. This is a design philosophy that makes mechanical ventilation all the more important in households with HVAC systems.

Air enters the building using a specially designed air inlet unit, where it is immediately put to work. Air enters via the filter and is routed to different areas where it will be most needed. Specifically, it will be used in removing dust and dirt, allergens, and various other particles. This same air is used both in heating and cooling processes, and also works against excess humidity in the air.

Finally, once the air has been filtered and brought up or down to the appropriate temperature, it is headed home. In the case of a central system, this movement takes place via a network of ducts, allowing the air to travel wherever it is needed.

What Is Air Conditioning?

An air conditioner or AC system is specifically designed to cool or heat the air. In some circles, a contractor may call any unit that controls the air, whether hot or cold, an air conditioner.

For our purposes, however, and to keep the process as uncomplicated as possible, we won’t be using this convention. We’ll break it down like this: a system designed to condition the air is an air conditioner. Any system that works to cool or heat up the air while pushing out moisture via air vents would be referred to, specifically, as an HVAC unit.

We need to be careful here, most if not all AC units heat as well as cool these days, they refer to this as a “heat pump” which in essence is reversing the refrigeration cycle to provide heat, more and more these days buildings are dispensing with traditional “wet” systems as air conditioning systems have become more reliable and more importantly very efficient against fossil fuels.

There are different kinds of air conditioning and HVAC systems. Let’s take a closer look at some of the options available;

A window air conditioner or heater is a small unit that is installed in and sits on the inside of a window sill. These AC units are usually smaller but actually offer a pretty powerful output. In spite of this, however, they are best used in small spaces for maximum efficacy. Studio apartments and small rooms work best, in this regard.

One big benefit of window units is their price. For the budget-conscious, this is one of the cheapest cooling options out there, especially for the quality of the product. Expect to pay only a few hundred pounds at a time, both for the unit itself and for installation.

Central air conditioners are commonplace for cooling and heating. They’re especially useful in large spaces, where the interconnecting air ducts guide and release air to the rooms where it is needed.

The system itself will include both outdoor and indoor parts. Because of the size of the installation, these tend to be lifelong investments, put into buildings that owners own for many years.

They also involve big investment, initially. The system itself, however, is one of the most effective and has been known to last up to 20 years or more under the right circumstances.

The mini-split system is quite similar in design to central air. The big difference is the fact that the ductwork is largely removed and in its place refrigeration pipework is installed.

One of the biggest draws when it comes to ductless systems such as these is in the reduced cost of operation.

The system is more aesthetically pleasing than some other options, since there is no need to install complicated ducts.

And Now You Know…

When we try to define HVAC, air conditioning, and the differences between them, we immediately run into a problem. The idea of “what is HVAC” and “which one is air conditioning” has a simple answer: there is no real difference. Air conditioning is a subsection of HVAC, with units focusing more on moving air through a space.

And there you have it! Looking for reliable cooling, electrical and heating services from a trusted name? You can be assured of the best service from the ACS Team, need more information? Check out one of our detailed articles or talk to a member of the team on 0208 7788 668. 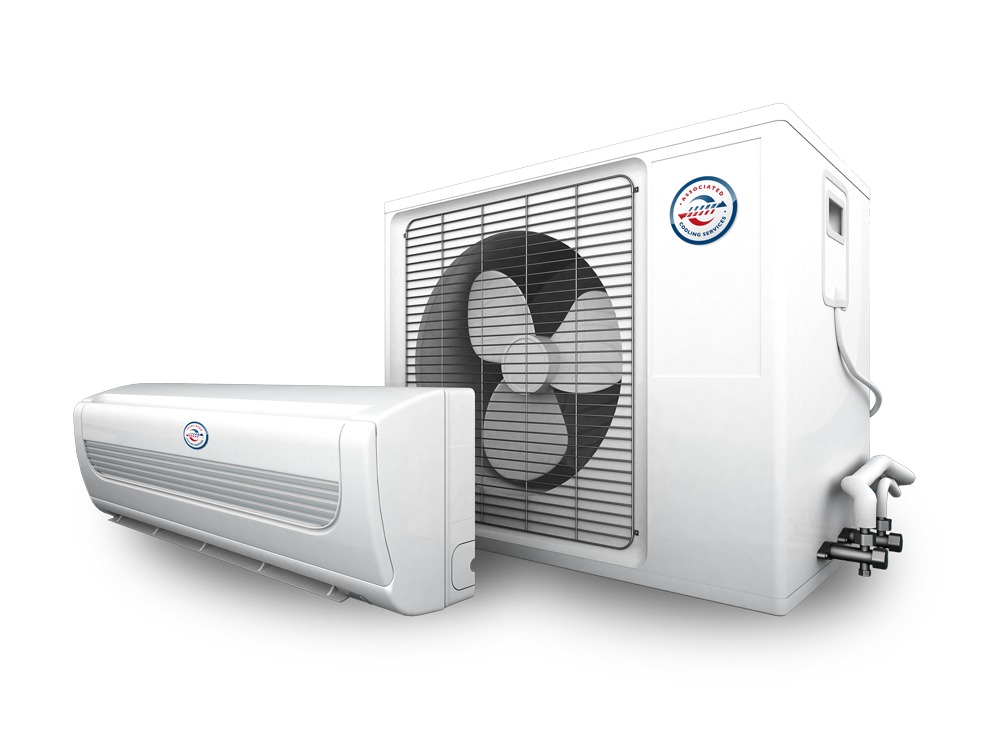 Please complete the form with some basic details and we will get back to you with more information. Alternatively please give us a call on the number below or pop in for a chat.

here when you need us

Specialists in Commercial installations across London

Providing heating, ventilation and air-conditioning services to our customers throughout London and its home counties.

Any cookies that may not be particularly necessary for the website to function and is used specifically to collect user personal data via analytics, ads, other embedded contents are termed as non-necessary cookies. It is mandatory to procure user consent prior to running these cookies on your website.